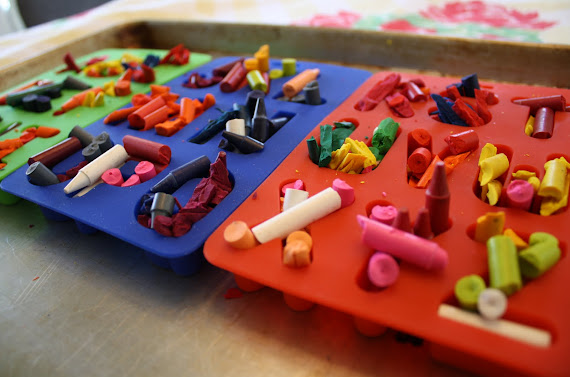 To keep the little people entertained, the girls and I melted down crayons to create alphabet crayons. The idea came from One Charming Party, and charming they are. Really, go there right now. You won't be dissappointed. 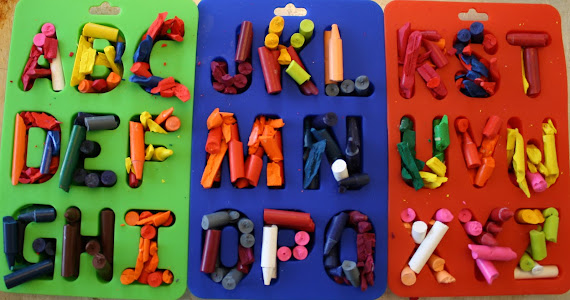 I know you get the idea, but I can't help show another picture. Just so pretty. 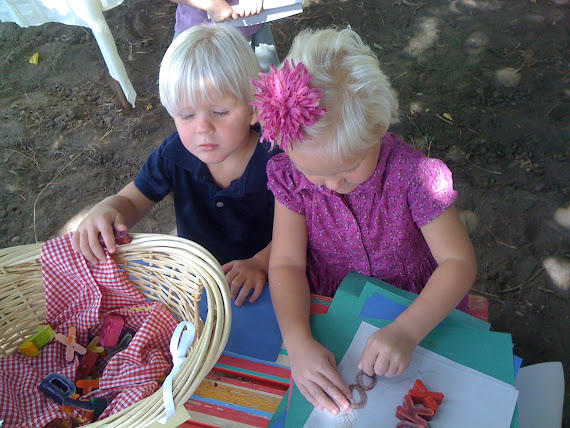 Suprisingly the kids weren't impressed. It turns out they are harder to use than standard crayolas. Even still, I am crazy for these. (Actually I went on a crayon melting spree after this and made all kids of shapes and concoctions. Again, kids not thrilled.)

I also created giant pom poms for decor out of newspapers. Patterned after their tissue paper counterparts, just a bit heavier. Go here to see how. Of course Martha's minions deserve the real credit. 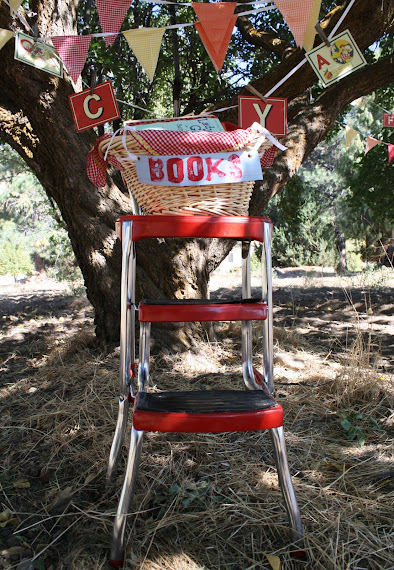 And what is a party without a little bunting? And if I had taken the bunting down when the party was over, or even the next day, well then, the bunting would be ready for the next party. Sadly, that is not the way I operate. Bring on the rain.

Email ThisBlogThis!Share to TwitterShare to FacebookShare to Pinterest
Labels: party

Thank you for visiting, I'd love to hear what you think. Thank you from the bottom of my heart for taking a minute to share your thoughts. Your comments make my day!